by the Arizona Daily WIldcat 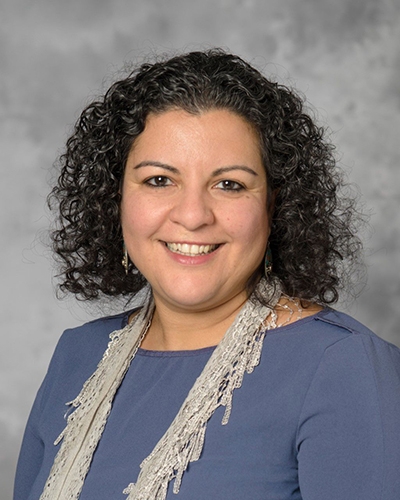 Ranjbar is an Assistant Professor of Psychiatry at the University of Arizona College of Medicine — Tucson. She is responsible for creating the first integrative medicine in psychiatry training program in the nation, leading to a sprawl of similar programs to other schools such as the University of New Mexico and the University of South Florida.

"She has created an immense number of innovations, a new clinic and she has been collaborating and creating enthusiasm with psychiatry residencies around the country who are also interested, so we now have multiple residencies in psychiatry who are incorporating this novel curriculum,” said Mari Ricker, the director of the Integrative Medicine in Residency Program at the Andrew Weil Center for Integrative Medicine.

Ranjbar’s integrative medicine journey began at a young age. Living in Iran until the age of 12, she accompanied her mother through a variety of autoimmune issues which were remedied in a variety of ways, from conventional medicine to herbal treatment, acupuncture, and nutritional adjustments.

“I grew up from ages 2 through 11 basically getting an integrative medicine education where no other kid got to see medicine as so comprehensive and holistic as I did,” Ranjbar said.

After moving to the U.S. at age 12, Ranjbar continued to experience the world of integrative medicine by accompanying her father and stepmother during visits to an integrative medicine doctor, where she learned about practices like yoga and meditation. Eventually, her growing fascination with holistic approaches to medicine was put on halt throughout most of her medical education at the University of Virginia.

“Medical school was really, really hard because I had to see medicine the way that it is taught, which at that time was not integrative,” Ranjbar said. “We are learning more and more that medicine encompasses so many more medications, surgery and what happens in the tissue … there’s more to us than that.”

After medical school, Ranjbar went into family medicine because it was the most potentially holistic-minded field. During this time, she dealt with a long love-hate relationship with medicine, burgeoning depression and an array of personal struggles, which led her to leave medicine for a span of five years.

Over these five years, Ranjbar learned a lot about dealing with her struggles through integrative medicine —both conventional medications and psychotherapies — as well as more holistic approaches, including mind-body medicine approaches such as meditation, yoga, biofeedback, music, dance, as well as nutrition and supplements, among others. Ranjbar describes these five years as a “humbling breakdown that was also a breakthrough — a healing crisis and journey.”

“I had to acknowledge that I needed healing before I could help anyone else,” Ranjbar said.

As she began to regain her own sense of health, she also worked in research at Yale University and volunteered through the International Rescue Committee in New Haven, Conn., which led to fostering three children for a period of time. Having regained her health and experienced what it was like to be on the receiving end of healthcare, she returned to medicine with psychiatry residency at the UA from 2009-12, which was the beginning of her UA journey.